-- ALL -- Articles Job Vacancies Latest News
BACK
​What's the best form of marketing for my business?

Is Leaflet Distribution still an option in the "Digital Age"?

Certainly in today's electronic age we are spoiled for choice. There was a time when it was a messenger on a horse or the town crier who spread the word - and of course the local pub and word of mouth is still a huge player. But since the printed word came about - widely in the 1600's there have been an ever increasing number of ways of promoting your product or spreading your message leaflet distribution being the cutting edge technology of the time. And, as you might expect, they have been getting bigger and more effective as time as moved on and technology has advanced.

Up until the internet came along it was undoubtedly out hypnotic friend the TV that dominated the scene and was by far and away the top dog. It overtook the magazines and newspapers after the second world war and even today probably still holds the number one spot - just. To be honest with BBC iplayer and 4OD the edges have become a little blurred. The beauty of the web is it reaches to further and further corners of the world instantly. Even broadcast TV took the time for different countries to pick up a programme - very often translate it and then broadcast it. Many never made the transition - and so there was variety in the world and one travelled abroad to broaden ones mind rather than look for the sun.

From our point of view this has made English an increasingly common language - largely the lingua franca of the web. Pity it isn't copyrighted. But does all this extra for of high tech communication mean that the old forms die off? Do we stop talking in the pub, in the smoking area outside work or talking by the water cooler? With all this going on you may think that one of the oldest forms of marketing died some time ago. You'd be quite wrong to think so though - door to door leaflet distribution is actually alive and well and still flourishing in most parts of the world - even the UK.

Fabulous though PC's and all their technology are the simple action of picking up a leaflet dropped though your letter box is going to inform even the most unwilling recipient that Domino's has a special on 18" pizzas or that the Jet Washer man are in your area. By the law of averages - and this has always been true - for every 1,000 leaflets delivered one person is indeed wanting to clean their patio and four do indeed fancy a pizza. I don't know if they did take away pizza back in 1610 but if it was "Charles' Pasties" I bet he had the pony out delivering four of them that Friday and I'll wager that in the year 2525, if man is still alive, that Hans Solo will be delivering four pizzas on his hover board - so long as he remembers to do his leaflet delivery anyway.

So what you sell has much to do with how you promote it. Many things can and should be promoted in many forms - most things in fact. Some are better suited to one form than another. Bin washing, driveway cleaning, fast food delivery, local government information still all do well by a simple handout. So long as the volume doesn't get silly these are very handy for the end user too. A leaflet in your pocket or on the hall table is accessible - email isn't always, even Blackberries get flat batteries or left at home. So here's to leaflet distribution and allthe work it generates for their users and the hardy folk who do it. Long may it continue to flourish. 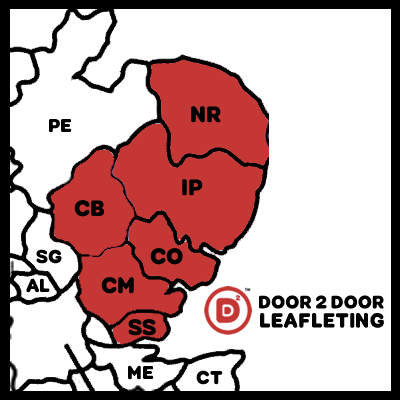